I”m not sure if it’s possible that EVERYONE is lying about seeing aliens, UAPs or UFOs. There are so many accounts that it almost seems improbable that so many people, credible witnesses included, would be lying about these experiences.

I don’t think anyone believes mainstream arguments that ancient people built so many high-tech and advanced structures with sticks and basic tools. It just seems too improbable. The only explanations left are either there were advanced civilizations here before us or there were ancient aliens that were here on Earth in the past.

Is it possible that there were actual other civilizations or people/beings here on Earth before us? Yes, it’s not only possible but probable. It’s likely that the legends about giants, elves, unicorns, fairies and other mythical creatures are based in truth. It is possible that during the time of Pangea, the supercontinent that existed during the late Paleozoic and early Mesozoic eras that these kinds of creatures and others roamed the Earth but leaving very little evidence behind.

It’s hard to put the genie back in the bottle. Now that the government, willingly or unwillingly, disclosed that they do in fact have witnesses and video of UFOs or UAPs, it has to be only a matter of time until they come clean. Or they’re actually prepping us for the disclosure. It’s time either way.

Never Miss Out On A Great Opportunity

Sign up for our newsletter and/or reach out to us any time with your story or to share information with us and our visitors. 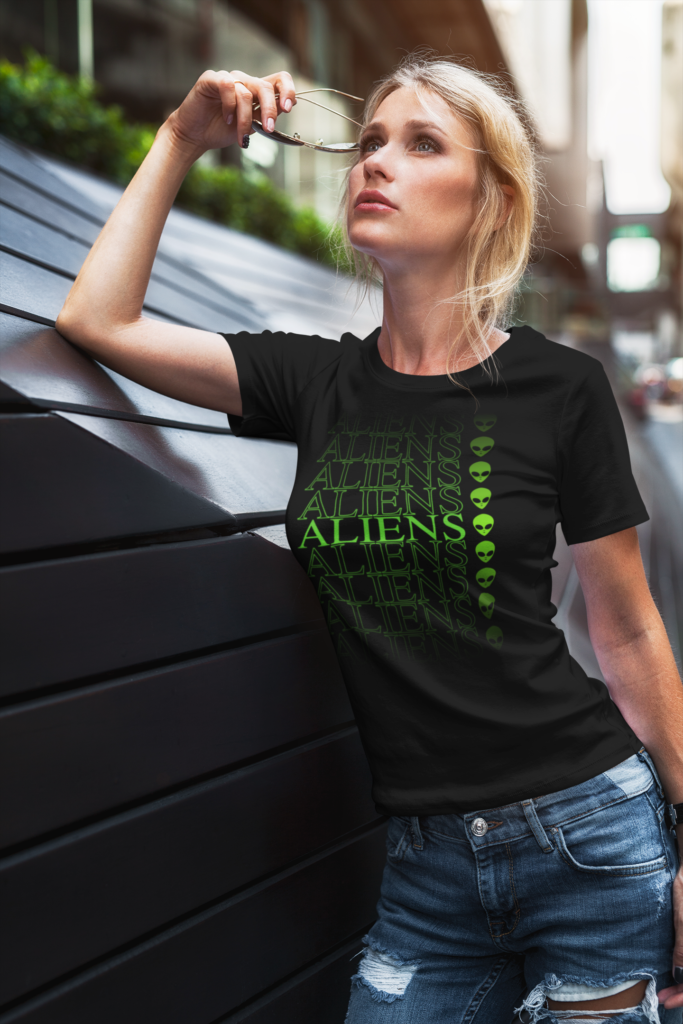 Your Personal Alien Style is one order away.

If you have an idea for a design, reach out to us any time. Otherwise, enjoy our original Alienware.

Our designs are fun and original and is focused on aliens, UAPs and UFOs. Our mission is to shed light on the topic and to keep the conversation alive.