Ever wonder why the Men in Black might visit you? I found out. I never even thought that they were a real thing. And FYI, this was years before the movie came out.

Remote Viewing is the ability to see something telepathy, without actually being there.

Wikipedia defines it as:
“Remote viewing is the practice of seeking impressions about a distant or unseen target, purportedly “sensing” with the mind. Remote viewing experiments have historically been criticized for lack of proper controls and repeatability.”

Is it real, is it nonsense? well, I tried it a few times, and yes, it’s real and it can be done.

One time I tried it, I think I took a wrong turn.

Someone told me that they thought a nearby mountain was a secret underground base for some secret government activity and they asked a few of us if we could remote view the mountain.

I did and I did see some kind of compound. But nothing much other than yes, it was a structure in the mountain. I saw no activity of any kind.

I think that is why the Men in Black came a callin.

I woke up one night a couple days after the remote viewing incident and was unable to move. Confused, I looked up and saw the back of what looked like a nurse. She was fiddling with something on a small tray table and had her back to me.

When I woke up, I struggled to move, but I was frozen. I could not even move a finger. I tried to focus all my attention just to move my wrist, but couldn’t. The only thing I could move it seemed was my eyes. I was laying on my left side, on the left side of the bed facing the bedroom door.

Still struggling to move, I looked at the door to my room and went into a fit of panic, only in my head of course, as I couldn’t move.

The door to my room had been transformed into what looked like a doorway into an office building or a hospital.

The doorway was large, like a double door. And I saw people walking back and forth in a hallway, as people walk down busy hospital hallways.

Continuing to struggle to move, my eyes darted back and forth between the two men and the nurse. This had to be only a matter of seconds, but it seemed like a long time. Being paralyzed made seconds seem like an eternity.

I couldn’t make sense of any of it at the time. I was just confused and freaking out in my head because I couldn’t move and there were people in my bedroom, not to mention a doorway into another building.

I looked up at the nurse as she quickly turned to me. It was as if she was surprised. Her head darted in my direction and she came at me and that was it. I was out again and woke up to an empty room.

But I woke up with the memory as if it had just happened, as if I didn’t fall asleep at all. It felt like I woke up in the night, something happened and I stayed awake. My memory of it was that clear.

Of course, when I woke up I just sat on the edge of my bed for a really long time trying to figure it out, to try to understand it. Was it a dream or did it happen? To this day that’s the question I ask.

But again, I’ll tell you: It seemed as real and as lucid as I am now, writing this.

So that’s my story of what happened to me. Years later when the movie The Men In Black came out, I about fell out of my chair.

And just so you know, people were talking about secretive men in black suites years before the movie came out.

I had told only a couple people about what had happened to me and they said it was the Men in Black.

I also wonder to this day what they wanted and what they did to me. I have a feeling they were checking me out because I was remotely in their compound. Remote viewers can be seen and tracked. I knew that much.

I have a feeling they put a block on me. Either way, I’ve never remote viewed after that.

I just thought it wasn’t worth it.

So if you happen to have even a small remote viewing skill and someone says, hey, I think there’s a secret government compound in that mountain, can you try to remove view it? 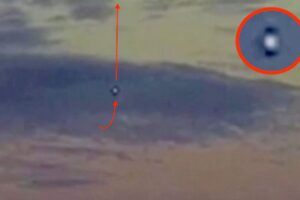