The lead of an expedition to explore a meteor that crashed off Papua New Guinea in 2014, the first interstellar object to reach Earth, believes it may reveal life beyond the stars.

Harvard professor and astrophysicist Abraham ‘Avi’ Loeb told Breakfast the meteor was extraordinarily durable and could be comprised of an artificial material, implying it was formed outside our solar system.

“The explosion of this object when it came near the lower atmosphere of the Earth implied that it’s tougher than iron,” he said. 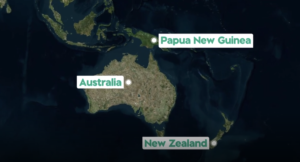 NASA’s 2006 interplanetary spacecraft New Horizons is the furthest any other earth-based spaceship has traveled.

“It would explode in the atmosphere of that planet and if there is an astronomer over there, they might ask: ‘What is this object? Is it a rock or artificial?’

“What we are aiming at is to go to the place where the explosion took place and search for the fragments left over, because we want to examine them to figure out the composition of the object,” he said. 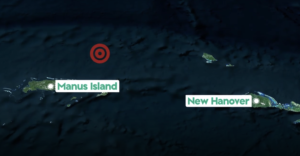 Loeb said that he told the curator of the Museum of Modern Art in New York City that if we find a gadget at the bottom of the ocean, he’ll display it because it represents modernity. For the senders, it’s ancient history.”

We’ve been looking for radio signals for 70 years, like waiting for a call.

“But there is another method … and that is to search our mailbox for any packages.”